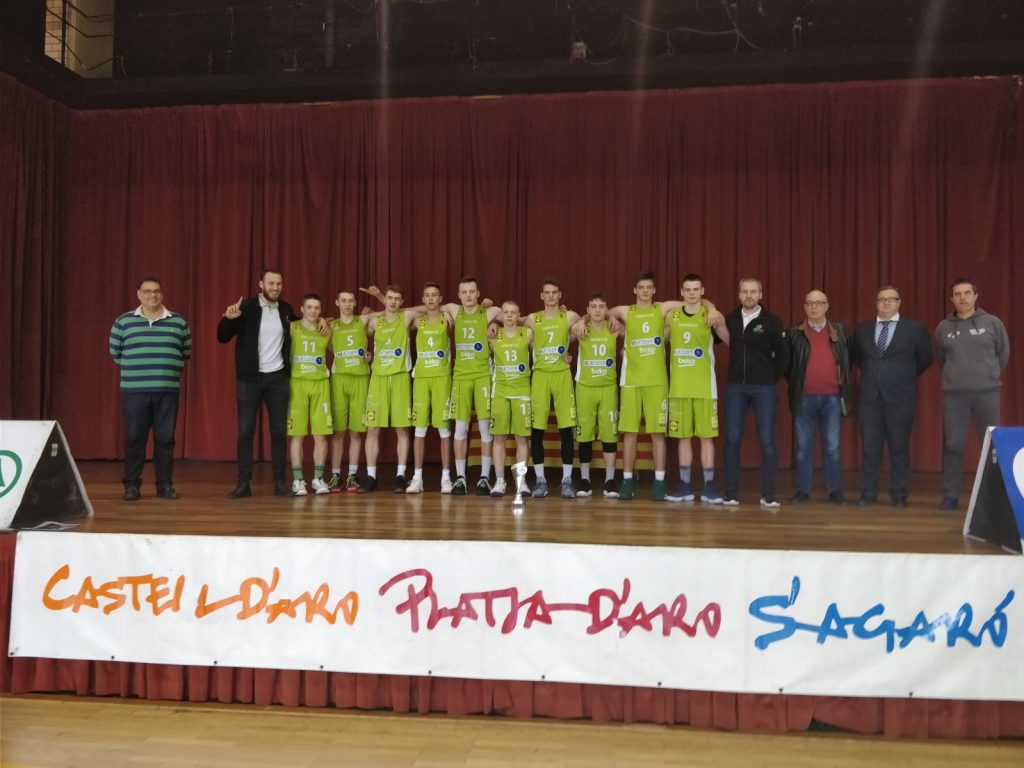 There was a desire for revenge on the part of the Apollo Amsterdam in the final, as the Dutch team saw the Lithuanians of Sabonis Centras overcome the game they played at the group stage to decide which of them would end up being the first classified. As soon as the game started, the spectators could live an exciting final with the best level of play shown by both teams. The script of the game began in the same way as the two sets made this Tuesday with an intense Apollo that did not let the Sabonis be encoded. The Dutch defender has been key, as it had happened in the semi-final against Barça and served to win the game against the Catalan team. In spite of that, the Lithuanians have managed to work hard with a zonal defense and attack precisely from the line of three to even equal the score. A pair of baskets from both teams at the end of the fourth quarter left an exact score of 60 each.

The overtime has served to unleash the game in favor of the Lithuanians who have maintained their philosophy since the beginning of the game, despite not giving them the result they expected at the beginning of the match. Finally, the work resulted and the score was 76-65 favorable to the Lithuanians, who counted in their ranks with the most valued player of the tournament, Matas Masiliunas. Apart from the final, two more games have been played today. The game for the third and fourth places ended up hardening Barça by 69 to 47, which dominated practically the whole match against Alba de Féhervár Hungarian. The other match in the morning was the second tie break between the National Selection of the Czech Republic and Aris de Salónica, which was very balanced, but the final score was 79 to 70, for the Czechs. Aris, who has not won, must be happy as well, since his player Petros Soukeras has been the winner of the 3P contest.