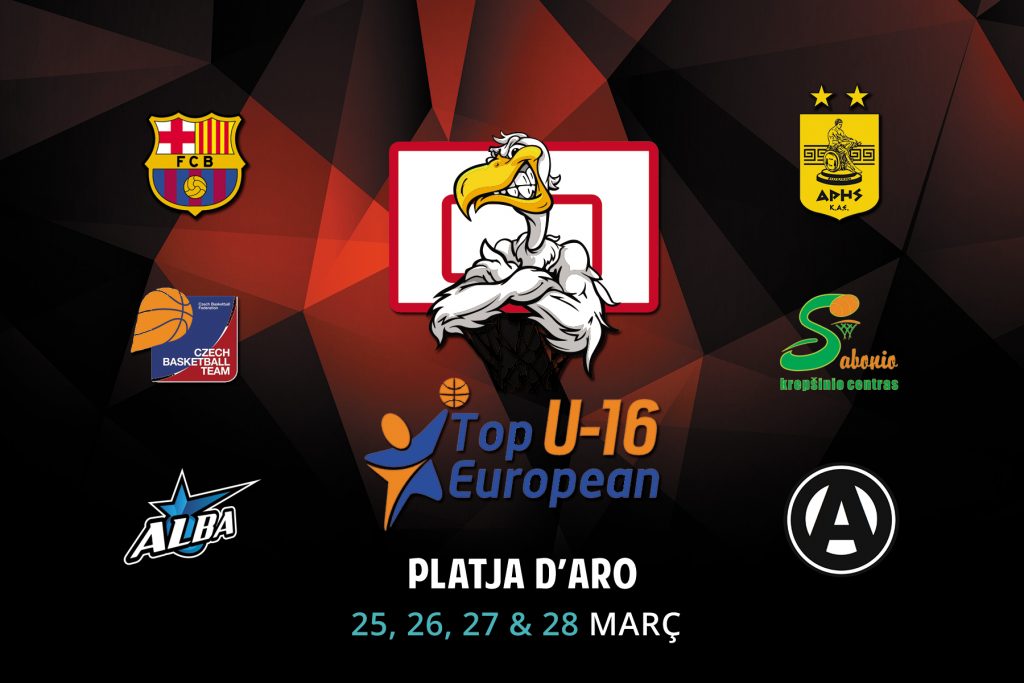 Platja d’Aro will host from March 25th to 28th, the first edition of the TOP EUROPEAN PLATJA D’ARO, a basketball tournament of the U16 category, open to the referring clubs of their countries, in the formation of their respective former teams. The tournament is organized by the same founders of the Costa Brava Girona Basket, the company The Seagull Sportive S.L.

The 2018 event will feature a total of six teams, five of them representatives of European clubs and a sixth invited team, which will be a national team.

With this format, the TOP EUROPEAN PLATJA D’ARO 2018 ensures that you will see some of the most projected players in the continent.

The teams that will be taking part in this first edition will be FC Barcelona (Catalonia), Aris Salonica (Greece), the Academy Arvidas Sabonis (Lithuania), Alba Fehérvár (Hungary), Apollo Amsterdam (Holland) and the national team of the Czech Republic.

The teams will be concentrated in Platja d’Aro as of Sunday, March 25th, and will carry out the competition from Monday 26th to Wednesday 28th. They will be distributed with two groups of three teams each, who will be playing a first phase in the league system. Later the two first classifieds of each group will play the semifinals, the final match and the match for the third and fourth place, while the two last teams classified will play a double final match.

The competition is supported by the City Council of Platja d’Aro, Spar, Font Vella, Montjuïc Girona and Goufone. The matches will be played in full in the municipal sports pavilion of Platja d’Aro.

All the information related to the tournament can be found at this link.